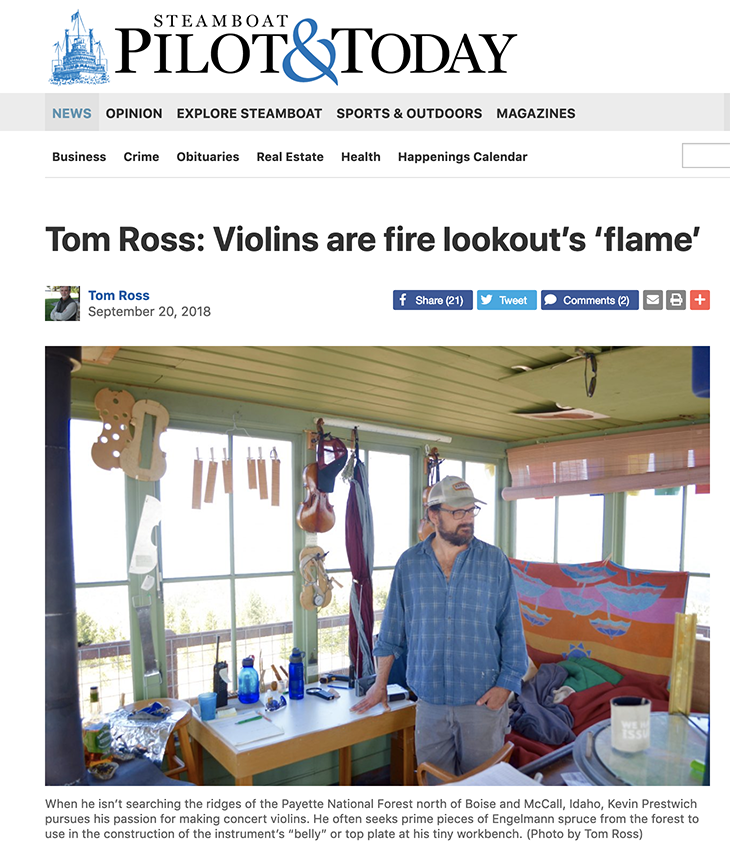 PAYETTE NATIONAL FOREST, IDAHO — It hadn’t crossed my mind Aug. 25, as we set out on the 3-mile hike to the Granite Mountain fire lookout in southwestern Idaho, that there might actually be a human being manning the boxy living quarters atop the tower.

To be sure, there were enough forest fires burning in the region during the last full week of August to keep a platoon of lookouts on their toes. But with the rarity of manned fire lookouts in the Colorado Rockies, it came as a surprise when Kevin Prestwich emerged from the glass-walled home atop one of the highest peaks in the Payette National Forest, and said, “Hi folks!”

“I’ve been watching the Rattlesnake Creek Fire all week,” Prestwich told us. “It was blowing up a few days ago.”

READ THE REST OF THE ARTICLE HERE